- October 24, 2016
Mayor Asok Bhattacharya denied Congress councillor at the Siliguri Municipal Corporation Sujoy Ghatak's charge that he and the Left Front board were not paying heed to the demands raised by the opposition. Ghatak had told The Telegraph on Friday that the Left Front councillors had taken the Congress' support at the SMC "for granted". "We have brought before them (SMC) important issues, including the enforcement of a ban on plastic carry bags, improvement in water supply and conservancy services and infrastructure development. But the board has not paid attention to any of the issues. We cannot sit idle for months and years, particularly when the civic services are affected," Ghatak had said. The mayor today denied the charges. "It would be wrong to say we have been ignoring Congress councillors.
We always consult with them and other councillors in the opposition on matters related to the civic body. Besides, Ghatak is the chairman of borough III committee. He was elected to the post with our support. It clearly shows we are not ignoring the Congress," he said. Bhattacharya said the Congress should stand by the Left Front as the Trinamul government had imposed a "financial embargo" on the SMC. Even though there was a directive from PCC president Adhir Chowdhury to back the mayor, Ghatak had said the support from four Congress councillors hinged on the performance of the Left board. In the 47-member SMC, the ruling Left Front has been reduced to a minority following the defection of sole Forward Bloc councillor to Trinamul and the demise of an Independent member who was extending support. Ghatak today stuck to his stand. "It is a fact that we are being ignored by the board and our proposals and demands related to civic services haven't been met yet." (Telegraph) 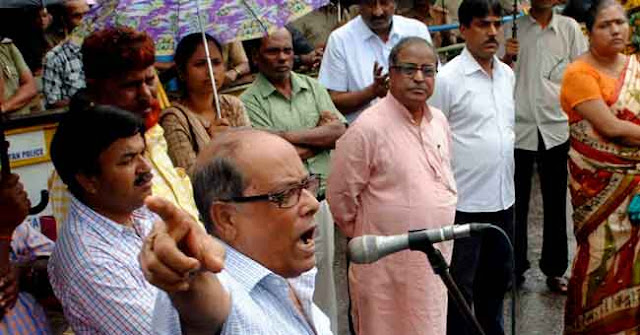