The Kalimpong sub-divisional authority, in consultation with all the political parties has decided that going forward no permission will be given for hosting commercial mela.

The decision was arrived at, following an All Party Meeting, in which everyone present unanimously argued in favour of banning commercial melas from being organized at the mela ground.

After the meeting, Kalimpong MLA Ms. Sarita Rai said, "the mela taar was used by the British to hold agricultural exhibition, and the place derived its name because of that... over the years the administration has given permission to hold commercial mela to individuals and organizations of dubious reputation, which is what lead to the accident... We are in favour of organizing education, career and agricultural related fairs, but commercial fairs should be stopped..."

Mr. tara Sundas of CPI(M) said, "this is not the first such accident, there have been many such accidents in the past, but till date the victims are yet to get any compensation from the mela organizers... "

Mr. Dhendup Bhutia of TMC said, "through the Krishi Kalyan Sangathan we have repeatedly pushed for banning of commercial mela being organized since 2008, yet the district administration always overlooked our request, we are glad they are finally coming to their senses/"

Mr. Dilip Pradhan of Congress said, "we have requested numerous times to the administration to not permit the mela, as these melas create a very negative impact on our youths... due to unchecked gambling... we are glad this will now end."

The district administration has said that from now on, permission to hold social, academic and cultural fairs would only be given to those bodies that have officially registered under the Societies Registration Act. They have also said that the use of all mechanical rides etc will be banned from all such fairs as well.
...................
NOTE: Since JAP President, HB Chettri has misbehaved with the press at SDO office when the meeting was being conducted, AS A PROTEST, we are refusing to carry his exact statement today, however suffice it to say he also argued on similar lines. 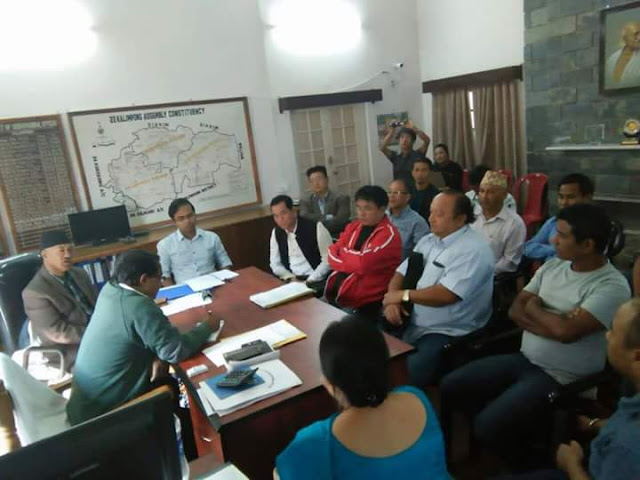