Siliguri mayor Asok Bhattacharya CPM woke up yesterday morning to find the main gate of his house fastened with an aluminium chain and a new lock from outside.

"I was surprised to find a new lock at the gate. I spoke to family members who said they had not put any such lock. It is clear that some outsiders have put this lock to harass me and my family. I have lodged a complaint," said Bhattacharya.

"We suspect it is the handiwork of those who have time and again harassed me in and outside the Siliguri Municipal Corporation. People who cannot show minimum respect to the mayor are behind this," Bhattacharya said.

Sources in the CPM said Bhattacharya was referring to the recent demonstrations by Trinamul at his chamber and outside SMC.

District CPM secretary Sarkar said: "It is not just a prank but a conspiracy. Yesterday night, there was power cut in some parts of the city, including in the locality where the mayor lives. I think the lock was put at that time."

"We have informed the police and want them to find those who did it," he added.

Told about the allegations, Darjeeling Trinamul president Gautam Deb said: "Our party never resorted to such cheap politics. None from our party was involved in it. Those who are raising fingers at us should know that Trinamul does not need to put a lock at the mayor's gate." 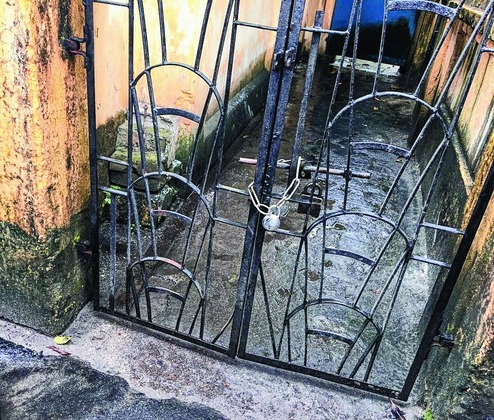