Update: Abhishek Banerjee is now in ITU, cabin number 217. For the moment, his condition is stable, as per doctors.

Update: CID steps in to investigate the accident as per orders by CM Mamata Banerjee. She has asked DG Surajit Kar Purkayasta to probe the matter that how are non-VIP cars getting into convoys repeatedly. CID under the leadership of IPS Akash Meghariya is on their way to the accident spot to investigate into the matter. FSTP (Fatal Squad Team) of the Kolkata Police is also with CID. A thorough investigation has been assured.

Update: As per doctors, Abhishek Banerjee’s condition is stated to be stable. X-ray has been conducted on his left leg. A CT Scan and an MRI Scan has been conducted for his injury to the left back of his head. There is an injury beneath his left eye, upper portion of his left ear and in his left knee. He is admitted in the Cabin number 27 at the 1st floor. President Pranab Mukherjee enquired of his health.

Update: Seriously injured Abhishek Banerjee reaches Belle Vue. Education minister Partha Chatterjee has also reached the hospital as per orders by CM Mamata Banerjee. A speacial team has been set up. Tests have already begun, the results of which would determine the path/way of the treatment.


Kolkata: Trinamool Congress Party (TMC) MP and nephew of Chief Minister Mamata Banerjee, Abhishek Banerjee, encountered a major accident on Tuesday near Hoogly Singur.
As per reports, the car in which Abhishek Banerjee was in overturned resulting in a serious head injury with subsequent bleeding. His hands also bear injuries. Chief Minister Mamata Banerjee, quite concerned, in in connection with those who are present with her nephew. He was returning from Murshidabad to Kolkata.
As per reports, MLA Manash Bhunia, who was in a car behind Abhishek, also faced minor injuries. Both are being taken to the Belle Vue Nursing Home in Kolkata, as per orders by the CM. CM Mamata along with the education minister Partha Chatterjee and others are on their way to Belle Vue. 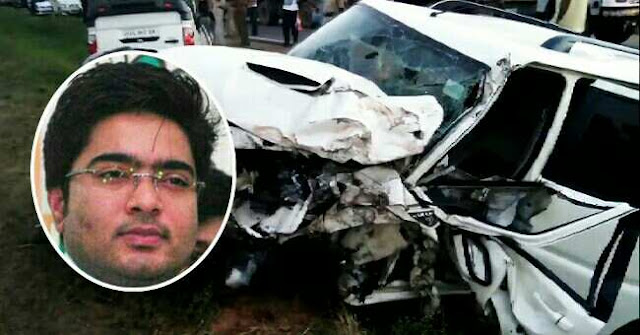