Many residents of Malda have said they were facing problems while transacting with Rs 10 coins as there is a fear that fake coins of this denomination are circulating in the market.

While there may be some truth in the talk (pictures on right), so far no one has registered a police complaint on receiving a fake Rs 10 coin or gone to any bank to report such a fraud.

Several small businessmen have said they were saddled with Rs 10 coins that no one wants to take.

Officials of nationalised banks in Malda and the RBI in Calcutta said there was no way to exchange a fake coin for a real one or a currency note of the same denomination in a bank. If such a coin is brought to a bank, it would be confiscated and sent to the RBI for verification. If it is real, only then it can be replaced.

According to specifications by the Reserve Bank of India, the Rs 10 coin should be “bimetallic”, circular, with a diameter of 27mm and a weight of 7.71gm.

On the coin that has the 15 notches, there were two bars above and below the Ashoka pillar symbol.

In a district where transacting with a Rs 500 currency note is next to impossible — no one takes the note fearing it would be a fake — the counterfeit coin has introduced more panic.

Police sources said Malda’s geographical proximity to Bangladesh, a known hub for counterfeit coins, was the reason for the district turning into a hub to spread fake Indian currency notes to the rest of eastern India.

“In the current year, the BSF seized fake currency notes with a face value totalling Rs 1 crore, while the district police seized another Rs 60 lakh or so. Circulation of fake notes has already put residents on the alert and now that there are disparities found in the 10-rupee coins, nobody is ready to take a risk,” a senior police officer said. 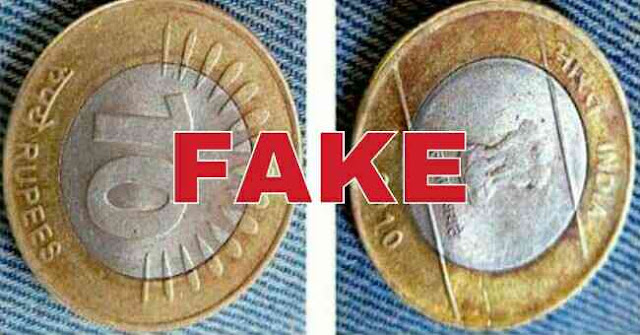 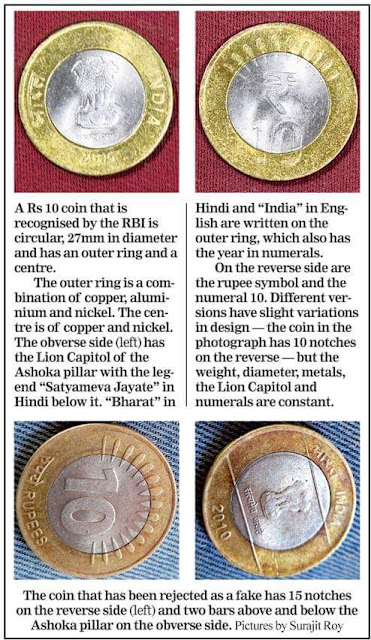 Mr. Rubben Visser. said…
Great Article. Thank you for providing such a unique and valuable information to your readers. I really appreciate your work. counterfeit Canadian bills for sale online
7 June 2021 at 00:49

Capital Security Bank Cook Islands Ltd said…
I admire this article for the well-researched content and excellent wording. Read more info about Capital Security Online Banking. I got so involved in this material that I couldn’t stop reading. I am impressed with your work and skill. Thank you so much.
19 February 2022 at 09:58