- October 20, 2016
Authorities at Kurseong municipality have been unable to clear the accumulating garbage around Kurseong town as the route to the dumping ground has been washed away to a large extent in the recent downpour. This is leading in deteriorating conditions for local residents and tourists as well. 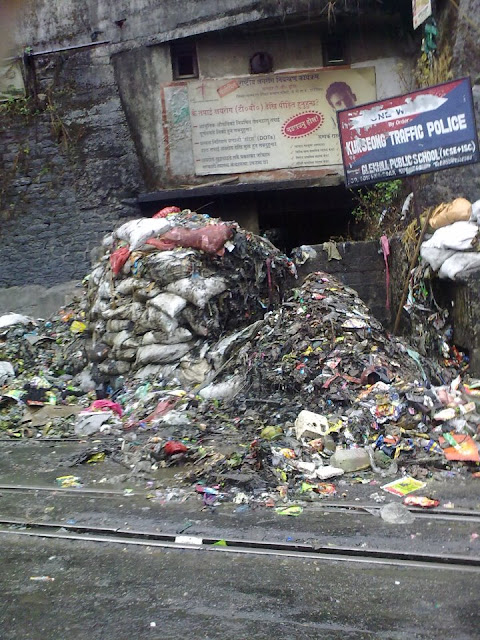 Since 12 October, the Kurseong Municipality,(KM) staff have been unable to reach the dumping ground sitem located at the China OG, Dhargaon, around 3 kms away from Kurseong town,and accordingly failed to dump the accumulated garbage. This is due to the damaged road condition at Dhargaon which collapsed during the recent heavy rainfall.
In past, the Kurseong populace had to daily deal with stink and unhygienic atmosphere due to lack of a proper dumping ground but after the present GJMMled Kurseong Municipality board was formed in 2011, a proper site for dumping ground at the China OG, Dhargaon was selected and has been functioning. But now owing to the condition of the road, the garbage is not being dumped.


When asked, KM chairman, Samirdip Blon said that some portion of the road had collapsed recently due to heavy rainfall and hence due to the deplorable road condition, the municipality has not been able to dispose of the garbage from Kurseong town. (SNS) 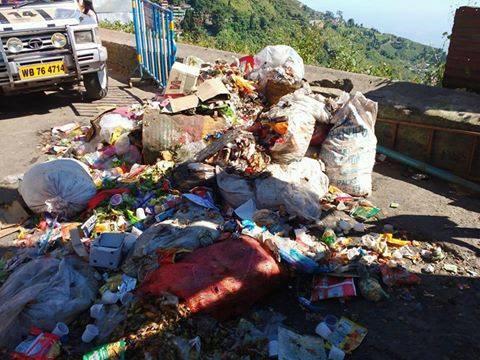