30 girls were being trafficked from Rourkela Jammu Tawi Express to North India. The NGO received precise information through secret sources about this. Train number 18109. All girls were from Jharkhand. 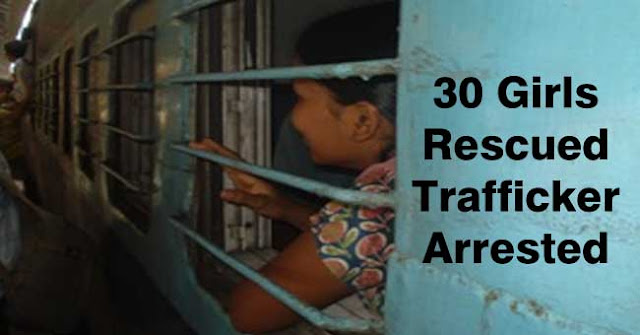 All units enacted and jumped into action. Train was just 20 kilometers away from Tundla station when the information was received. SSB Commandant 46BN Malbazar Mr. Tapan Kumar Das passed this information immediately to his colleague in Gaya and the train was detained at Tundla station.

GRP and PRF started intensively searching the train and after a while all the 30 girls were spotted and rescued. The trafficker too has been arrested.

The whole episode looks like a film story but infact its absolutely real. Though its hard to thank one person here as the credits to todays rescue goes to numerous people who help and channelized properly to make this operation successful.


We will update the names here soon who worked hard and rescued the girls after co-ordinating from Dooars Expressmail head Mr. Raju Nepali.