- October 04, 2016
IT Ministry today said it has given its in-principal approval for around 9,000 seats in business process outsourcing (BPO) units across several small cities of the country, including Varanasi, Siliguri and Patna. "I remember during my visit to Bengaluru, people from North-East, Bihar and other places asked me to do something so that they can work in their hometowns. I am happy that with BPOs in small towns, people will be able to work without any need to leave their native place," IT and Law Minister Ravi Shankar Prasad said while inaugurating a BPO workshop. He said India holds 38 per cent share in the global BPO industry and stage is set for a massive growth in the sector. "I see a lot of scope for BPOs in Indian language," Prasad said. Ministry of Electronics and IT (MEITY) Joint Secretary Rajiv Kumar said Software Technology Parks of India (STPI) have given in-principal approval for 9,020 seats and is expected to finalise 3,000 more in third round of bidding that started today. More than 50 companies will set up BPO operations at 60 locations in 18 states and 2 union territories, including Varanasi, Unnao, Patna, Amravati, Dhule, Siliguri, Cuttak, Dalsinghsarai and Muzaffarpur. STPI officials could recall name of only TCS, Amazon among big companies that have participated in the bids for BPOs.
The Centre under its BPO promotion scheme will provide financial support for total of 48,300 seats to be set up across country with total outlay of Rs 493 crore. The scheme has provision to provide 50 per cent of actual expenditure with cap of Rs 1 lakh per seat. "In tier 2 and 3 cities, possibilities are more compared to tier 1 cities. If we move to tier 2 and 3 cities, it will be cost effective and also generate employment. We have to address problems related to innovation and transformation of sectors," Minister of State for IT and Law P P Chaudhary said. MEITY Additional Secretary Ajay Kumar said there are more than 40 mobile phone companies that have started manufacturing in India and ample opportunities are being created under the Digital India programme which will fuel growth of BPOs. "Industry needs to find a way with which it can leverage outsourcing demand in the country. Largest health management system is going to be set up this year. GST network is being set up which will require huge work at the back-end and create opportunities for IT companies," Kumar said. (Indian Express) 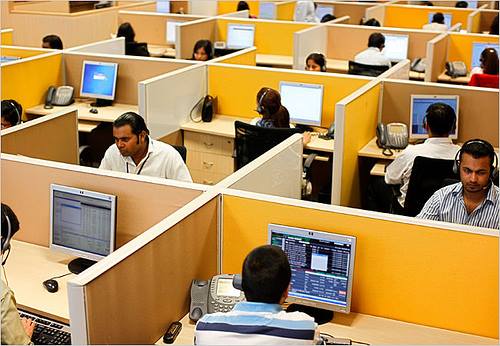