Inspiring: Shahdol man, who lost both arms in an accident, drives auto-rickshaw to earn living

Destiny might have crippled him at an early age but this double amputee did not lose hope and has been inspiring many by earning income for his family driving an auto rickshaw for last three years.
Hiralal Mahra a native of village Chaka in Shahdol district of Madhya Pradesh had lost both the hands in childhood as he suffered an electric shock and physicians amputated his hands to save his life . As he grew older, financial troubles apart from the physical ones started hurting him badly.

Having no means to support his family, Hiralal started farming in his village. But with no hands to support his cause, he had to rely on others to fulfill his farming activities and his endeavour could not succeed beyond a point.

However a dogged Hiralal did not lose hope and started to learn driving auto-rickshaw. After hard toil of one year, he was able to drive it successfully. His driving efficacy could be seen from the fact that he did not hit any vehicle since the day he took up driving.

Not only this, he did not tamper with any parts of the vehicle in order to customise it.

Interestingly, holding pen with his partially amputated arms, Hiralal could write and sign documents too. Now an expert driver, the especially-abled man ferries scores of passengers in the city in his auto-rickshaw.

“Destiny has snatched my hands in childhood and people said that I won’t be able to do anything. I started farming but had to abandon it as I did not get any support from others,” said Hiralal adding that his family never begged and now survives on whatever he earns as an auto rickshaw driver.

However recently he had landed in trouble as traffic police had intercepted him and decided to slap challan on him over passenger's safety.

However, as the matter landed with IG Police DK Arya, he summoned the inspiring driver and let him go without any challan with the mild warning against driving. 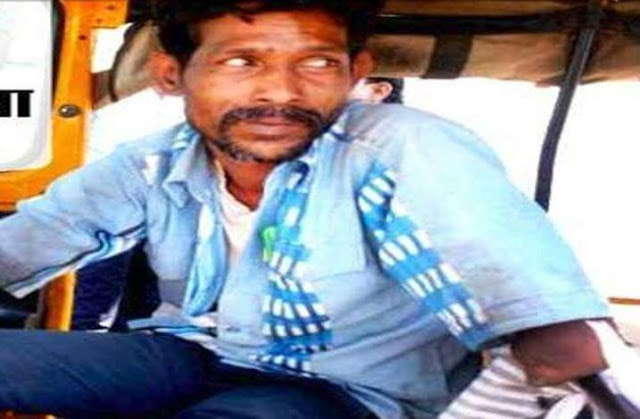