We are thankful to all the members of Indian Gorkhaz Company, Israel whose immense contribution to help a youth from Bijanari in need is not only praise worthy, but also inspirational

Following a request by Mr Mike Chamling Rai for donations to help Sakom Subba, a resident of Bijanbari, who had met with an accident on 16th September, 2016, Ms. Bimla Chamling Rai an active member of Indian Gorkhaz Company initiated the donation collection, Sushant Dungmali Rai and Bella Thapa went to people requesting them to donate.

Indian Gorkhaz Company is a social organization formed in 2011 for the welfare of Indian Gorkhas in Israel, started by Mr.  Naren Thapa Lungeli who is from Singbulli Mirik.

For instance, they are currently helping the family of Prisca Subba from St. Mary’s Kurseong who has been missing for the past one week.

Most important though, though they are far away in Israel, Indian Gorkhaz Company members have spent their valuable time to show their love and affection to the peoples of our hometown.  They have been doing that by helping the poor people who need financial assistance, for their treatment and to the victims of natural calamities. There are numerous such cases where IGC came forward and helped them.

Once this fund of Rs One Lahk Twenty Thousand and Fifty Six Rupees (120,056) was collected for the treatment of Sakom Subba from Bijanbari, Mr. Naren Thapa Lungeli Chief of the Indian Gorkhaz Company contacted us and requested us to hand over the money to the family, as that way they wanted to ensure the transparency of donation being reached to the right people.  Doing so would also serve as a proof to all the donors who have contributed for this amazing cause that your donation has reached the right person.

We handed it to his family member in the presence of all Darjeeling based media, so that our people living across Darjeeling, rest of India and the world are made aware of the amazing contribution given by the Indian Gorkhaz Company, in the hopes that it will inspire others also to lend a helping hand.

THANK YOU SO MUCH Indian Gorkhaz Company, Israel Your Members are INSPIRATIONAL. 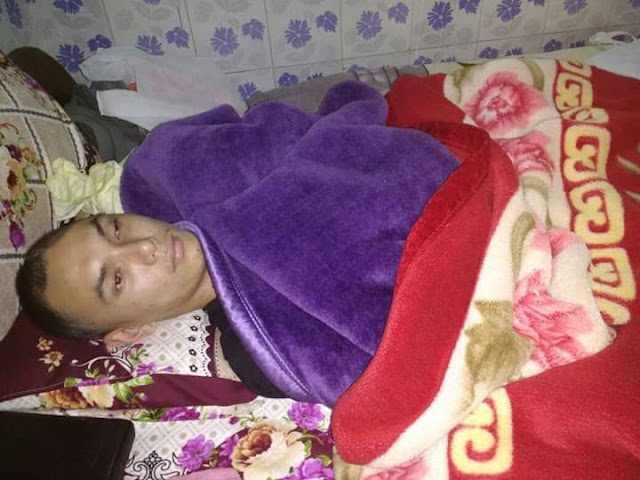