The Indian Army sits at the epitome of sacrifice and gallantry. It’s because of them that we can sleep in peace. If you didn’t know, the Indian Army participates in countless joint-military with different armies from around the world and has always displayed exemplary performance.  This time around, Gorkha Rifles’ team 2/8 Gorkha went to the Cambrain Patrol, an annual international military patrolling exercise in the rugged Cambrian Mountains of Wales, which is one of the toughest military exercises in the world. And guess what, conquered the patrol and brought home a gold medal.

What Is The Cambrain Patrol?

The annual exercise snakes across a treacherous distance of 55 kilometers in the Cambrain Mountains. Each team is handed over tasks and missions that must be completed within 48 hours with patrol carrying its entire kit and equipment. If they lose the equipment, it will be replaced by deadweight and the team will lose points. Other things the teams are judged upon are dismounted close combat skills, obstacle crossing drills, first aid procedures, recognition of aircraft, vehicles and equipment; IED and minefield clearance drills; patrol techniques, prisoner of war (PoW) handling; helicopter drills; media handling; radio communications skills and artillery target indication procedures. It’s not exactly a competition. Points are awarded on the basis of number of points scored. 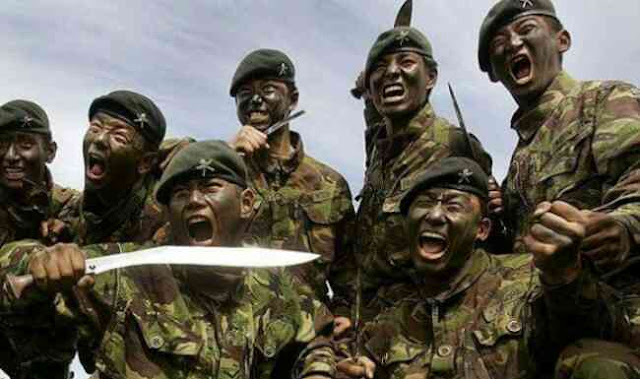