Crude bombs and improvised bombs recovered from a carton near Golbazaar Kharagpur, West Bengal. Bomb Disposal squad at the spot.

123 crude bombs have been recovered by the police during a raid conducted in a house located in Mongalkote constituency of West Bengal’s Bardhman district.

10 people, including the owner of the house, were detained by the police during the raid. The police is now questioning the detained persons. 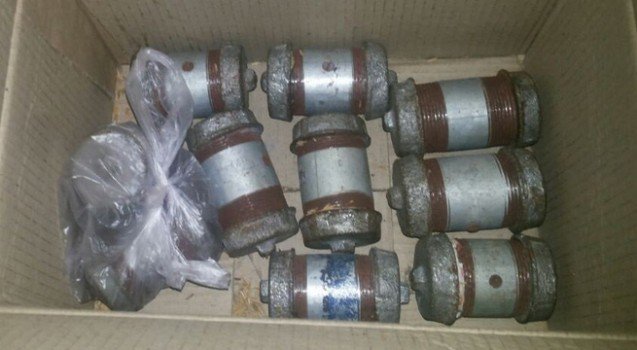