HELP NEEDED: Gorkha Lad From Manipur, Murdered in Bareilly, UP - Can Anyone HELP

- October 18, 2016
Mr. Rajen Chhetry of Gorkha Youth and Students' Association of India - GYASA writes
"I got a call from (Arjun Jogi) stating Nawaraj Thapa, his bhanja, went home for Durga puja, in Kangpokpi, Manipur. After pooja on his way back to Delhi (16th oct) Nawraj called his mom and said that 5 gundas have caught him and they might kill me and this might be the last call.
His mom thought that her son is drunk and told him to sleep, later she got a call again from Nawaraj and one of the guy spoke and threatened to hurt Nawaaraj and then disconnected.
On 17th Oct, Nawaraj's mom (Julu Thapa) got a call from Bareily police station asking who is Nawaraj to her. She said he is her son, and then they told her about the news of Nawaraj dead.

Today (18th oct), Nawaraj brother, who is an Indian Army soldier in the Gorkha Regiment, is in Bareily and he is reportedly told that Nawaraj committed suicide.
IGP Robin Hibu IPS (Nodal officer for Northeast people) have advised to meet SP Bareily. But he is little introvert and hence requesting ANYONE IN AND AROUND BAREILY TO KINDLY HELP THE SOLDIER IN HIS BROTHER NAWARAJ's CASE.
[Graphic pic - please use your own discretion] 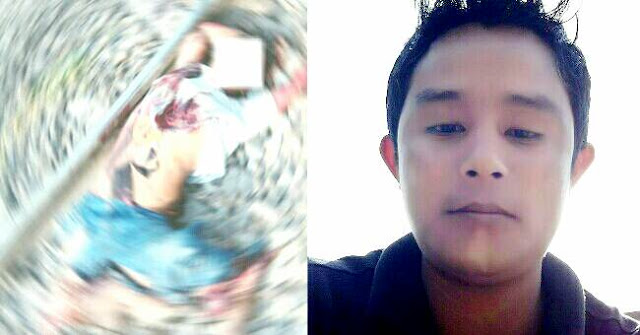