At least 100 women ITBP personnel have been deployed at 15 border posts along the arduous Sino-India frontier, making it the first such posting of ‘mahila’ combatants in a forward area. The force has recently completed the full processes for deployment of the women personnel at select forward posts, ITBP Director General Krishna Chaudhary told reporters on Monday.

The women contingent, trained in war craft and and weapon firing, have been posted after the Border out Posts (BoPs) were made “gender neutral” and other facilities were created for them, he said

Officials said while the maximum of these women have been sent to Indo-Tibetan Border Police BoPs in the Ladakh frontier of Jammu and Kashmir, few have been posted at other locations in Himachal Pradesh, Uttarakhand, Sikkim and Arunachal Pradesh.

The force earlier this year commissioned 500 women troops for deployment at India-China border in its constabulary ranks after training them for 44-weeks in in battle craft and mountain survival.

The posts where these women have been deployed are situated at heights of between 8,000 and 14,000 feet, including the ‘Mana pass’ border post, the last village on the Indian side in Uttarakhand.

The force plans to have women personnel make up at least 40 per cent of its strength at these forward posts.

This is the first time India has deployed women troops right at the front, at least on the one which is considered to be the most arduous and tricky given the harsh climatic conditions and extreme mountainous terrain along the India-China border.

ITBP, which marks its 55th Raising Day on Monday, was raised in the aftermath of the 1962 Chinese aggression.

These women, who were recruited in the force in February last year, hail from various states with 97 of them, the highest, coming from the hill state of Uttarakhand.

Women constables were first inducted in this 80,000 personnel strong force in 2008, but they were until now only deployed for rendering law and order duties in troubled areas and in a few instances at the Nathu La pass to facilitate traders and for frisking women.

ITBP has a total of 1,661 women personnel in its various ranks and branches of work with the maximum number of 1,033 being in the constabulary ranks. 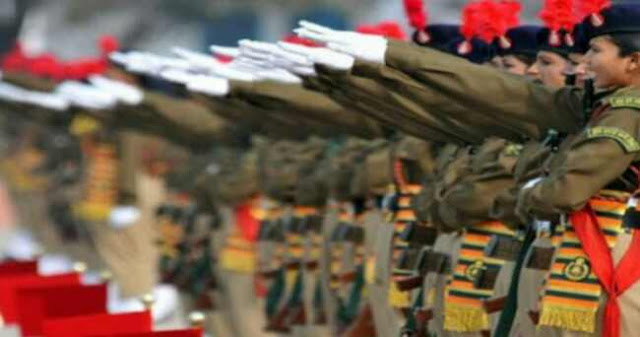