A fire broke out at the well-known Don Bosco school in Kolkata this afternoon, during lunchtime.

The fire reportedly started on the roof of the building, which is in the Park Circus area of central Kolkata. Close to 3000 students were rushed out of the building. Four fire engines were deployed but school authorities said the fire was brought under control in less than an hour before the engines arrived.

The school's principal. Father Bikash Mondal, said in a statement that the fire may have started because of a burning cigarette butt thrown by construction workers into some rubbish at the school's roof.

In a statement,Father Mondal said "there is nothing to panic, everything is normal and normal school is on."

Images showed students being ushered out of the building when firemen were at work.

"We saw the smoke," said a woman who had come to collect her son from school as usual. "All children were brought out immediately and in a smooth fashion. But of course it was scary."

Maurice Menezes whose grandson is in class 2 and lives near the school said the situation was brought under control very quickly. 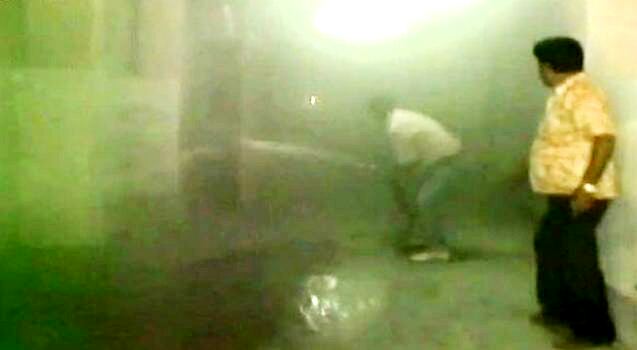