The workers of Kalchini and Raimatang t.g. under Buxa tea company Ltd. are not satisfied with their bonus amount that was hardly given to them by 12 percent rate.

The workers expressed happiness today but were not satisfied with those least amount.

They said, while other gardens received 19 percent bonus we obtained 12 percent.
The union leader Mr. Om das lohora strongly reacted that the owners of the garden harassed the workers in vain.

They unnecessarily wanted to create unrest the workers in the garden by not paying the payment and bonus in time as well.

The govt. should look into the matter and do the necessary action against the owners policy.

On the other hand, the senior assistant manager Mr Nabin Gurung said, bonus today is distributed peacefully in the both garden Kalchini and Raimatang.

He informed that almost 1.5 crore bonus amount was disbursed today. 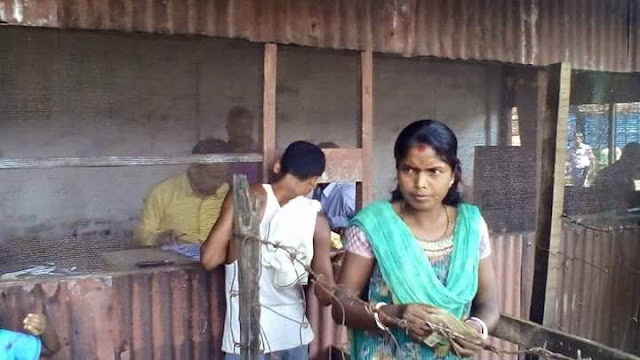