A section of Congress leaders has expressed reluctance to back the CPM-led Siliguri Municipal Corporation at a time the Left party has been reduced to a minority.

State Congress president Adhir Chowdhury and Darjeeling district Congress president Sankar Malakar had said the party's four councillors would not make any move that could help Trinamul, the principal party in Opposition at the SMC.

But Sujoy Ghatak, the leader of the Congress in the SMC said the support of the party's councillors hinged on the performance of the board led by mayor Asok Bhattacharya.

He said the mayor and the other CPM councillors had taken the Congress's support "for granted".

"We have brought before them important issues, including the enforcement of a ban on plastic carry bags, improvement in water supply and conservancy services and infrastructure development. But the board has not paid attention to any of the issues. We cannot sit idle for months and years, particularly when the civic services are affected," Ghatak said.

After the CPM formed the board last year, Ghatak was made the chairman of a borough committee (a borough is a cluster of wards) jointly by the Left and the Congress.

Asked about the reason for the disgruntlement with the board, a Congress councillor, who didn't want to be named, said: "We had told the mayor that none of us would approach him with requests for approving illegal building plans. But, we told him that there were some poor people who could do with contractual jobs in the civic body. So far, around 300 casual workers have been engaged by the Left board but not even three persons, recommended by us, have been employed."

The councillor added: "The Left leaders understand the importance of the Congress councillors as they need our support to pass any decision at the board as they are in a minority now. Even then, they continue to ignore us. Under such circumstances, we would surely have second thoughts when the Left Front formally seeks the Congress's support in any matter."

In elections to the 47-member SMC last year, the Left had won 23 seats, while Trinamul and the Congress got 17 and four wards, respectively. Two seats went to the BJP, while Arabinda Ghosh, an Independent, won a ward. The Left formed the board with Ghosh's support, taking its tally to the magic figure of 24.

However, Durga Singh, the sole Forward Bloc councillor, defected to Trinamul in August and Ghosh passed away on September 18. The Left has now 22 members, while the Opposition altogether has 24 members.

After the CPM-led board became a minority, the mayor approached Adhir Chowdhury for the Congress's support. Chowdhury categorically said the Congress councillors would support him as and when necessary.

However, in the past few days, some Congress councillors are singing a different tune and Ghatak has openly spoken out against the board. 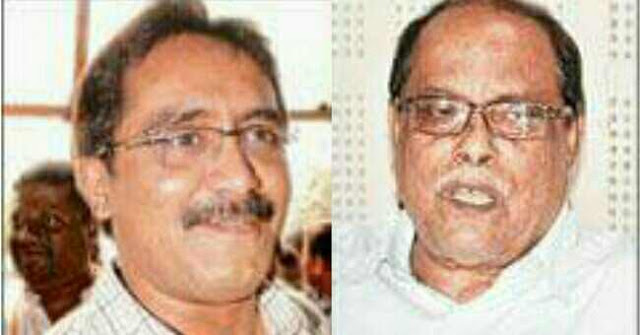