Protectionism against Chinese companies and boycotting goods from the East Asian country on the pretext of political issues will not help bridge the yawning Sino-India trade deficit, instead only damage bilateral ties, state media said on Friday.

Besides allowing free flow of Chinese goods into its huge market, India should focus on expanding and improving industrial infrastructure to address the issue of imbalance in trade, the nationalistic tabloid Global Times said in two separate write-ups on bilateral economic ties between the two countries.

Prime Minister Narendra Modi and President Xi Jinping cannot be expected to talk in detail about the trade deficit when they meet in Goa on the sidelines of the BRICS summit this weekend. But the issue is likely to be flagged — as it has been repeatedly done during past meetings — during the one-on-one meeting.

It added: “The major imports from China include electronic components, telecom instruments, chemicals and pharmaceutical products, while India’s major exports to China include ore, plastics and cotton.”

India’s commerce and industry minister Nirmala Sitharaman told Parliament in August: “Increasing trade deficit with China can be attributed to the relative demand for imports in India and China for each other’s goods.”

She added, according to a PTI report, that efforts were on to increase overall exports by diversifying the trade basket, with emphasis on manufactured goods, services, resolution of market access issues and other non-tariff barriers. That diversification is precisely what is not happening on India’s side, Chinese media said.

“Efforts such as encouraging Chinese smartphone makers to set up production lines in India may be the most effective way to reduce the trade deficit, which is partly the result of a price gap between India’s imports of finished goods and its exports of raw materials,” the newspaper said.

“Besides, India may need to roll out domestic reforms, such as further streamlining its tax system, to improve the country’s economic ecology to attract more Chinese investment,” it added.

But instead of attempting to attract Chinese investment, there’s been a call to boycott Chinese goods from some quarters in India.

“The first happened in April. It was caused by dissatisfaction over China’s stand on the issue of Maulana Masood Azhar, leader of the militant group Jaish-e-Mohammed active in Kashmir, who is accused of committing terrorist acts in India. The second was in July and because of China’s lack of support for India’s bid to join the Nuclear Suppliers Group. Now Chinese goods are on the stage again due to the Kashmir issue,” wrote Zhen Bo from theInstitute of South Asian Studies in Sichuan University.

The newspaper said there had been 322 anti-dumping cases in India in March of which 177 cases involved Chinese products. “Besides, a social media campaign urging people to refrain from buying China-made products have recently been building in India. Such moves will not help contribute to reducing India’s trade deficit, but could damage bilateral ties instead.” 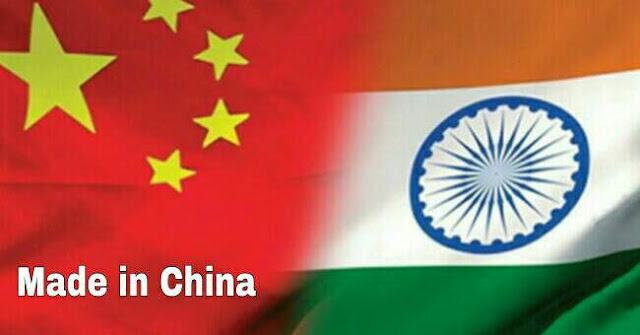