- October 19, 2016
BJP MP and singer Babul Supriyo’s convoy was attacked by a bunch of alleged TMC protestors. He was heading towards the police station when the incident happened. The protestors pelted stones towards Babul Supriyo when he tried to get out of the car. He received minor injuries. 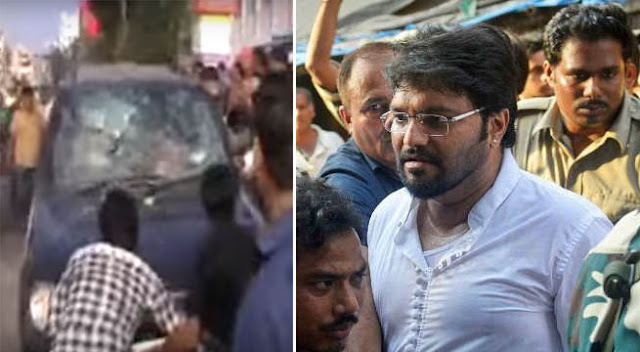 Police took charge of the situation and tried to cordon off the angry mob. Babul Supriyo allege that TMC’s Moloy Ghatak had instigated this attack against him.
Earlier the day, BJP supporters gheraoed TMC MLA Moloy Ghatak’s residence and also staged a road blockade. They alleged that Ghatak had favoured cow smuggling in the area. However, TMC supporters had prior information thereby prevented the BJP to create a furore.  Meanwhile, a BJP member from Kulti was beaten upon reaching the place. Police forces have been deployed around the area.
Bengal