This 25-year-old could have passed by you as just another water tanker driver, rushing through the choked traffic in Whitefield. In the last week or so, he has become a sensation — “Arnold Schwarzenegger of Whitefield.”

A no small feat. G. Balakrishna was crowned Mr. Asia 2016 at the recently concluded 5th Phil-Asia bodybuilding championships in the Philippines.

The crown caps a long and arduous journey of nearly a decade for Mr. Balakrishna, who lost his father, the family’s breadwinner, when he was a boy.

“I am proud of my achievement and hope to repeat it more often with some financial support,” a beaming Mr. Balakrishna, an ardent fan of Schwarzenegger, told The Hindu. “I owe it to my mother, Parvathamma, and brother Rajesh who have been my pillars of support,” he said.

He won Mr. Universe Under-24 junior contest in 2013 in Germany and Mr. Universe title in the same category at the world championship in Athens in 2014.

What goes into his preparation?

Mr. Balakrishna, a resident of Ramagondanahalli near Varthur, practises for nearly six hours a day at home and is trained by champions Sangram Chougla from Mumbai and Munish Kumar from Punjab.

“I am maintaining my position with a rich daily diet that includes 750 g of chicken, 25 eggs, 300 g of rice, 200 g of vegetables along with fish for extra protein and fruits,” he said. Mr. Balakrishna’s off-season weight of about 120 kg is scaled down to 90 kg during competitions.

While initially, it was the Whitefield Settlers and Residents Association that helped him raise funds for his international participation, businessman Koshy Varghese has also been financially supporting him.

Mr. Balakrishna started the water tanker business in 2010 to supplement his income (he works as a gym instructor).

“Despite winning the championship, my worry will always be of funds. With no government support, I still struggle to participate in bodybuilding championships outside the country,” he said. 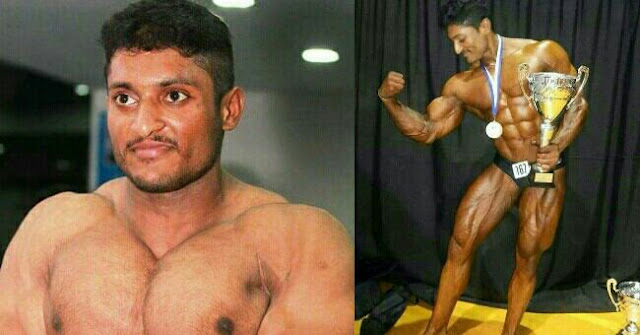 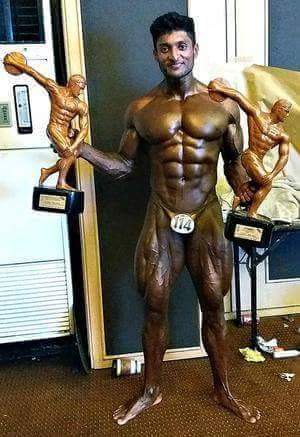