Assam Chief Minister Sarbananda Sonowal has declared a government holiday on Monday on the occasion of ‘Kati Bihu’.

Taking into consideration the spirit of Kati Bihu among the Assamese community, the Chief Minister declared it as a government holiday so that everyone can take part in the rituals of Kati Bihu, a government release said.

Earlier, Kati Bihu was listed as a half holiday in the Government Holiday List, the release said.

Agrarian festival ‘Kati Bihu’ also known as ‘Kongali Bihu’ is marked by solemnity with no merriment as the granaries are almost empty at this time of the year.

People light earthen lamps under tulsi (basil) plants, in granaries, paddy fields and at the entrance of their homes praying to Goddess Lakshmi for a bountiful harvest the next year.

‘Kati Bihu’ is one of the three Bihus in Assam celebrated by people together irrespective of their faith, caste and language as secular agriculture based festivals.

The other two Bihus are Magh Bihu in January marked by a feast after a good harvest and Bohag or Rongali Bihu in April celebrated on the onset of the Assamese New Year and spring season. 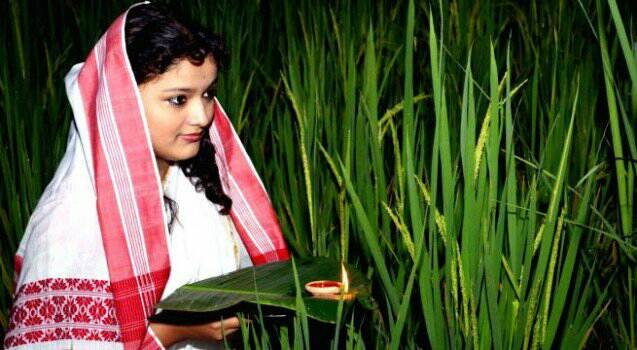