After Delhi and Hyderabad now Kolkata BANS Crackers Made in CHINA

- October 19, 2016
In a clear directive from Kolkata police, those participating in the Baazi Bazars have been asked to avoid selling any foreign crackers.
The logic – its sound decibels are much higher than those marked on the covers. Coming at a time when the central excise department has been campaigning widely for the banning of foreign crackers and amidst social network pleas and calls to go “desi” this Diwali to show solidarity with the Uri attack martyrs, the Kolkata police initiative is worth mentioning. Kolkata police sources maintained that worst offenders in this section were the Chinese rockets that went up in the sky but created noise well and above all defined norms. 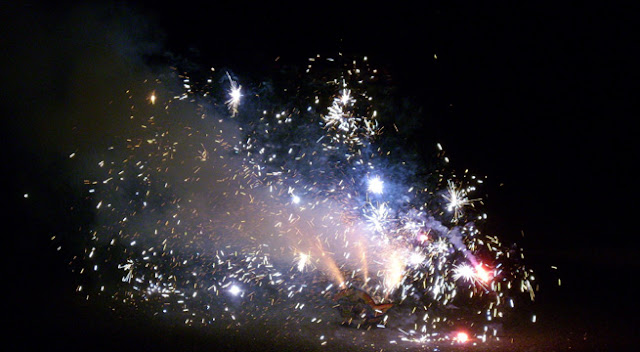 The development comes days after Department of Industrial Policy and Promotion (DIPP) said possession and sale of fireworks of foreign origin, which is already a restricted item as far as import is concerned, were illegal in India and punishable under the law. “There is no blanket ban as such as it will be applicable only on hazardous fireworks. But, most of such products which find their way into the country, mainly from China, exceed the prescribed norms. These letters could be seen as a mere reiteration,” an IPS officer explained pleading that this move must be seen above “the common nationalistic jingoism visible on the internet.” Manufacture, possession, usage and sale of any explosive containing sulphur or sulphurate in admixture with any chlorate is already banned in the country. Several districts cutting across the country has officially banned the use of foreign made firecrackers this Diwali.
The police said that they have passed around 200 odd firecrackers of Indian make after testing them at Santoshpur grounds close to Taratala. A total of 89 types of firecrackers were banned. Though the sellers protested against the ban on crackers above 90 decibels, cops said they have clear orders that states no firecracvkers above 90 decibels will be allowed.
Bengal