In a series of raids in different areas of Bihar, the Special Task Force (STF) has seized 391 cartons of foreign liquor and arrested two persons, police said on Monday.

Acting on a tip off, the STF on Sunday raided a godown at Zakariapur Transport Nagar locality in the state capital and seized 279 cartons – each containing 12 liquor bottles – and a tempo, a statement issued by the office of the Director General of Police said. The STF arrested two persons, Gulshan Kumar and Sujit Kumar, during the raid, it said.

On the basis of information from the two persons, STF seized 112 cartons – each containing 12 bottles of foreign liquor – from a truck near Manbhawan line hotel at Kulharia of Bhojpur district, the release said.

A car was also seized while the truck driver managed to escape, it said, adding an FIR was lodged on Monday under several sections of IPC and Bihar Prohibition and Excise Act 2016.

The Bihar government yesterday notified a new prohibition law which can land tipplers in jail for up to seven years and make them poorer by Rs one lakh to Rs 10 lakh, two days after the Patna High Court quashed its order on banning alcohol consumption.

The government notified the Bihar Prohibition and Excise Act, 2016, ensuring that the ban on sale and consumption of alcohol, including Indian Made Foreign Liquor (IMFL), as well spiced and domestic liquor continued in the state despite the high court holding it “ultra vires of the Constitution”. 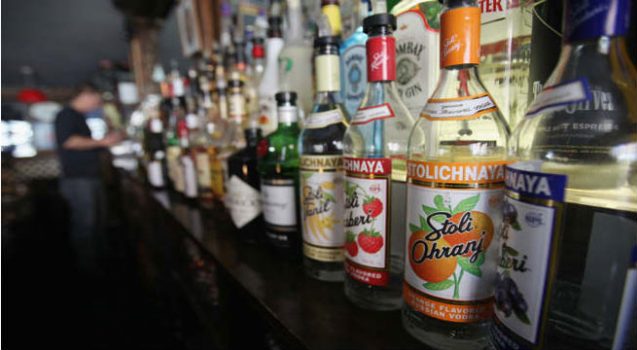