At least 22 patients were killed and several injured after a major fire broke out at the Sum Hospital here this evening.

The fire, suspected to have originated from the dialysis ward on the first floor, quickly spread to other areas, including the ICU on the same floor, of the four-storey hospital building.

The commissionerate of police and fire brigade personnel along with volunteers and hospital staff launched a massive rescue operation as more than 500 in-door patients were trapped in the fire, a hospital source said.

At least seven fire tenders were pressed into service to control the blaze and over a dozen ambulances had been deployed to shift the critical patients to other hospitals.

Many patients were rescued by breaking window panes, said an eye witnesses.“We have launched the fire fighting as well as rescue operation in a big way.

The personnel of three fire stations of Bhubaneswar were engaged in the operation,” Director General, Fire Service, B Behera said.

Though the fire was suspected to have erupted due to an electric short circuit, the exact reason would be ascertained after a thorough probe, he said.

“I jumped down from the first floor where my father is being treated. I do not know what happened to my father and other patients,” said Jyoti Prakash, adding that he could not proceed due to thick smoke. 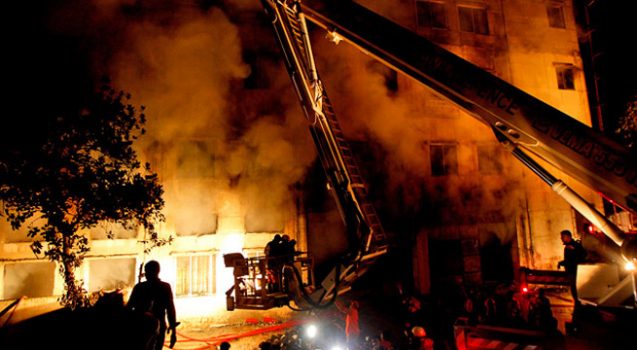