On a day the Bihar government came under fire for announcing a paltry sum of Rs 5 lakh as compensation for the Uri martyrs from the state, West Bengal chief minister Mamata Banerjee announced a compensation of Rs 2 lakh each to the families of Sepoy Gangadhar Dalui and Sepoy Biswajit Ghorai. She also offered one of the family members jobs as home guards.

On Monday, Uttar Pradesh chief minister Akhilesh Yadav promised a compensation of Rs 20 lakh to the family member of each of the four soldiers from the state martyred in Uri. Jharkhand chief minister Raghubir Das also announced a compensation of Rs 10 lakh each for the families of two soldiers from the state. Bihar CM Nitish Kumar came under fire when he announced Rs 5 lakh for each of the three families.

Suneeta, widow of Hav Ashok Kumar Singh turned down the compensation. "Was my husband a drunkard who died in a drain," she reacted when she had refused to accept the paltry sum announced. This reaction went viral on social media and the Bihar government revised the compensation to Rs 11 lakh on Tuesday. A few years ago, the West Bengal government had announced Rs 2 lakh as compensation to the next to kin of those killed in a hooch tragedy. 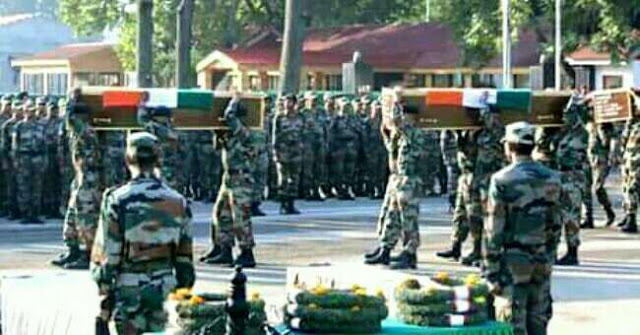