An Indian trailer with container, loaded with 2 wheelers collided head on with a Bhutan truck loaded with boulders on NH31 near Birpara in Dooars.
Incident took place around 12.35pm today afternoon. Both drivers in serious condition were admitted to nearby hospital.
We have just received an update that they both have been referred to some bigger hospital, maybe Siliguri.
Locals say Indian driver legs have been smashed badly and was seen hanging apart. Bhutan Driver too is in very bad state. 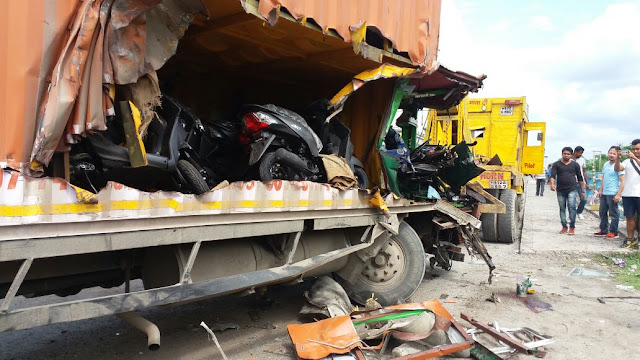 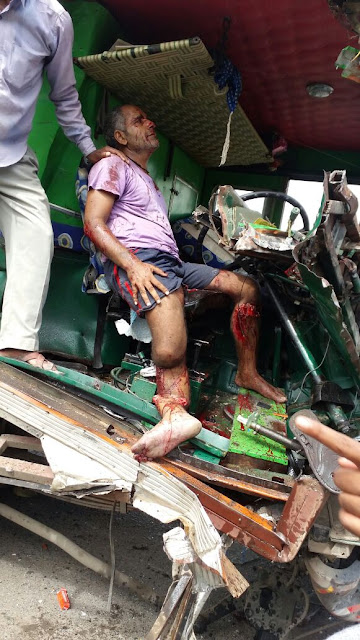 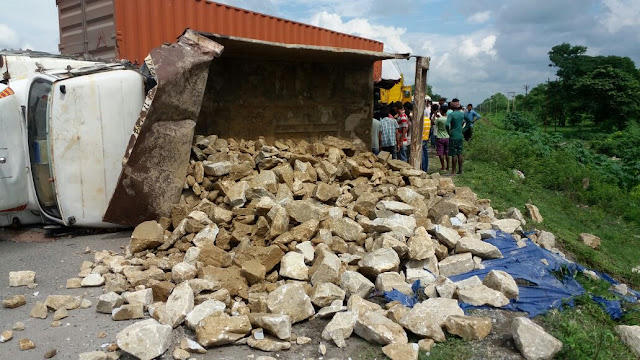 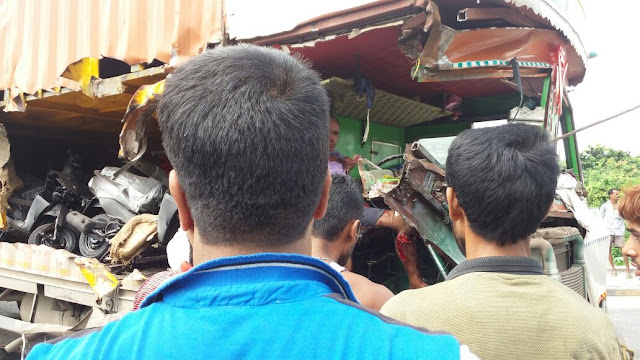 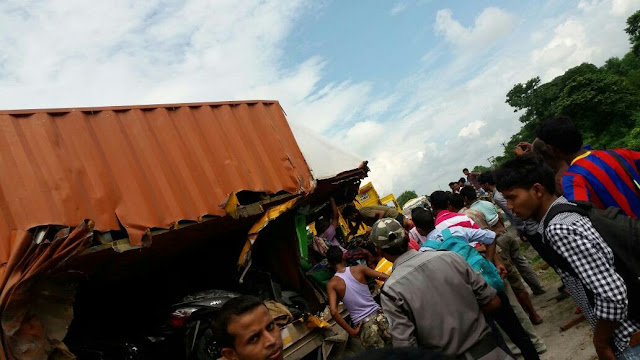