Life can be very cruel at times.

Saheed Vidhyarthi's three daughters had alreay left for school, when a call came informing the family of the martyrdom of Nk SK Vidhyarthi, the entire family started to cry, the villagers joined in the mourning.

All three daughters - Arati Kumari, Anshu Kumari and Ashika Kumari students of class 8 , class 6 and class two respectively had their ongoing exams. They attended the exams and rushed home as the news had trickled in to school as well. They rushed home, held their mother tight and cried their hearts out.

Such are the families of soldiers...

WE SALUTE YOU ALL!! 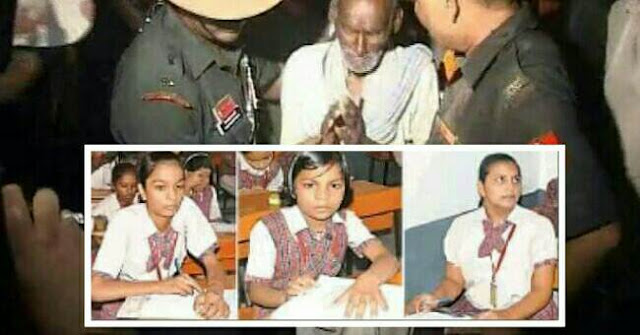