In an ominous development for Darjeeling, Gorkha Janmukti Morcha (GJM) supremo and Gorkhaland Territorial Administration (GTA) chief Bimal Gurung has warned tourists not to make plans to visit the Hills in the near future because his party will soon launch a long-term agitation to demand a separate state, which might include strikes for indefinite periods.

Incidentally, GJM has already called a 12-hour bandh on Wednesday but, ironically, the GTA observed World Tourism Day across the Hills on Tuesday, September 27. The events included a Toy Train ride, with lunch and snacks, for 100 underprivileged kids from Darjeeling to Kurseong and back.

“Tourists should carefully consider before making travel plans for Darjeeling. An agitation is on. They should not arrive here and ask for relaxation of bandhs to return home when a strike is called. We will not consider such appeals,” Gurung said. “Tourists who have tickets for September 28 should leave the Hills by September 27,” Binay Tamang, GJM leader and GTA’s executive member, said on Monday.

Gurung had been threatening to renew a long-term stir to demand a Gorkhaland state for quite some time now but his latest move could not have come at a worse time.

With the political situation in Kashmir becoming increasingly volatile, thousands of tourists from Bengal were planning to visit Darjeeling, Kalimpong and Kurseong, along with Sikkim among other destinations, during the upcoming Puja vacation. The GJM chief’s words would surely take a toll on Hills tourism — a crucial component of Darjeeling’s economy.

The trigger for Gurung’s latest outburst has been chief minister Mamata Banerjee’s recent remarks that the state government had given Rs 4,000 crores to the GTA over the last four and a half years but little of that amount had been used for the development of the Hills.

Darjeeling is infamous for bandhs which have extended to even more 40 days (called by GJM in August-September 2013.) There have been instances when tourists have been asked to vacate the Hills on a 48-hour notice triggering a mad scramble for thousands of tourists to come down and badly stretching the transport infrastructure. 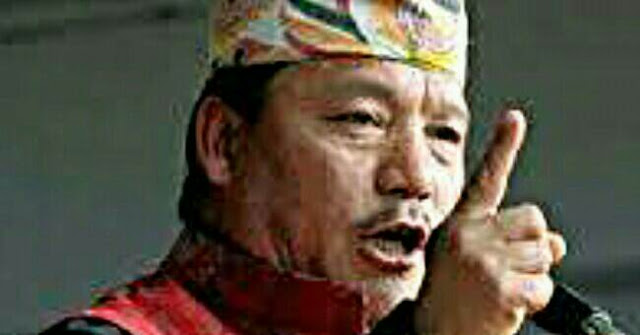