In a tragic incident, a speeding bus mowed down a traffic sergeant on Thursday in the Dum Dum Airport area.
Animesh Roy(38), the traffic sergeant was run over by a bus, which was driving with sheer negligence. As per sources, Animesh was on his way to his duty on his bike. Suddenly, a bus hit him from behind on HMV crossing in Dum Dum. The hit threw him into the ground with serious head injury. The locals rushed him to a private hospital but much before beginning his treatment, he succumbed to his injuries and died.
The traffic services, in the HMV crossing, were hit as a result of this incident. The police had to rush to the spot to clear off the huge traffic. They have seized the bus. Animesh Roy had joined the Kolkata Police 2 years ago. 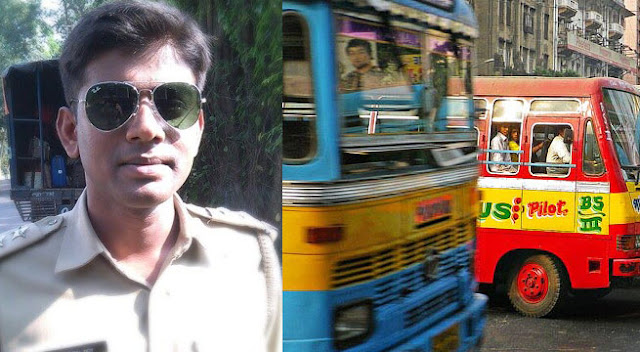