A non-government organisation (NGO) dealing with human trafficking has launched an online platform to reunite victims with their families. Named “Impulse Case Info Centre Software” (ICCS), it offers a platform to people and authorities to communicate and collaborate to prevent human trafficking effectively. Emboldened by the success of the software in several northeastern states, Impulse recently launched the software in Siliguri town West Bengal.
Emarine Kharbhih, a consultant working with Impulse, said most cases of human trafficking are reported from Indo-Nepal border. “We have already launched in northeast, it is working perfectly fine in Sikkim, Nagaland, Mizoram, and now we are here in for the first time, because we really need to see and make people understand that Indo-Nepal border is so free and people are being trafficked. And that is why this software is very important in north Bengal,” said Kharbhih. Twin earthquakes that struck Nepal in April and May 2015, which killed almost 9,000 people, left hundreds of thousands of families homeless and many without any means of income, led to an increase in children and women being trafficked. More than 40,000 children lost their parents, were injured or were placed in precarious situations following the disaster, according to Nepali officials.
Human trafficking is one of the fastest growing transnational organised crimes in India. Thousands of people, mostly from poor rural areas, are taken to cities every year by trafficking gangs who sell them into bonded labour or hire them out to unscrupulous employers. Traffickers often take advantage of impoverished communities, luring girls and young women and girls with promises of jobs as maids or nannies in wealthy households in the cities. Impulse has been working on human trafficking for the past 23 years in northeast region of India. The web based software has been incubated by the IIT (Institute of Information and Technology) Guwahati of India’s northeastern Assam state. 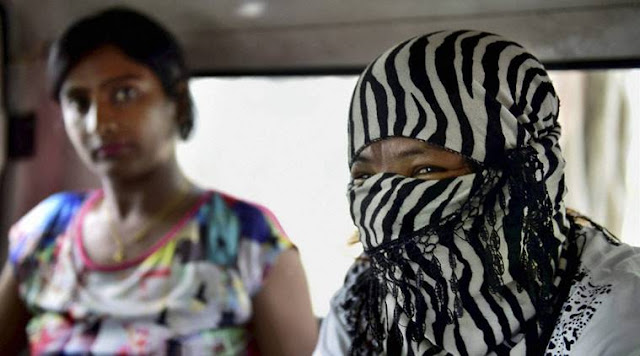