From 3rd October 2016, Sikkim will have one of the biggest temple in India built at Rhenock in East Sikkim. It's a Viswa Vinayak Mandir which has 12 Feet statue of Bhagwan Ganesh. Also 51 variants of Lord Ganesh has been installed on the walls of Mandir which is built over an area of 2.65 Acres. This is a first of it's kind Ganesh Temple in entire North India. Rhenock's Viswa Vinayak Mandir will be inaugurated on 3rd October 2016.

Rhenock in East Sikkim is set to add a new spiritual and tourism landmark with the inauguration of the Vishwa Vinayak Mandir at Rungdung, near Rhenock bazaar on October 3.

The temple project devoted to Lord Ganesha was conceptualized by the Chief Minister Pawan Chamling himself and will be the first of its kind Ganesh temple in North India. Vishwa Vinayak Mandir inspired by the famous Siddhivinayak temple of Mumbai, is an imposing four-storey structure built over an area of 2.65 acres. The project, which began in 2008, will be formally inaugurated by Dinesh Chandra, general secretary of Vishwa Hindu Parishad in the presence of the Chief Minister and hundreds of devotees.

Hectic preparations are currently underway at the temple site in Rungdung for the inauguration. Around 200 artisans and workers are working round the clock to give final touch to the statues, sculptures and paintings that adorn the temple. The workers have come from Rajasthan, Bihar, West Bengal and Nepal.

On Monday, members of the Vishwa Vinayak Sewa Trust led by seasoned architect Kiran Rasaily, Rhenock MLA Hemendra Adhikari, former MLA Bhim Dhungel and others briefed journalists on the project and preparations for the inauguration ceremony.

It was informed that the temple has a rare 12-feet Ganesh statue depicting 16 hands on the main altar. Traditionally, Lord Ganesha is depicted with 4 or 8 hands only. Also 51 variants of Ganesh statues have been installed on the walls of the temple.

Kiran Rasaily said the temple has been constructed both on the ideals of pilgrimage tourism and for daily Hindu rituals to be observed by the locals. Developed on the lines of a Ved Pathshala, the temple will serve both as shrine as well as a Vedic learning centre he added.

The temple complex also has series of statues and objects depicting Samudra Manthan, a Hanuman mandir based on Ramayana, a Shivling, nine realms or galaxy, the emphasis of solar eclipse in Hindu mythology among others. Hato paint being laid on the temple walls and statues have been imported from Thailand.

The Radha Krishna Mandir Samiti and local resident K.N. Adhikari had donated the land for the temple. 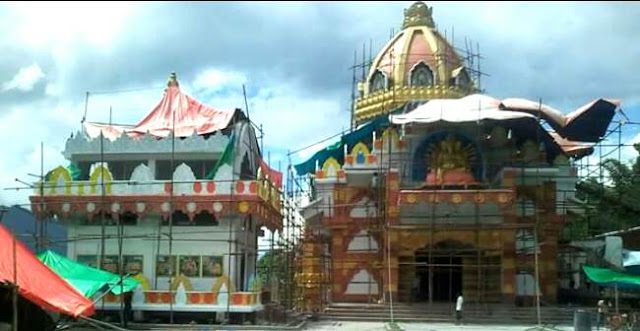 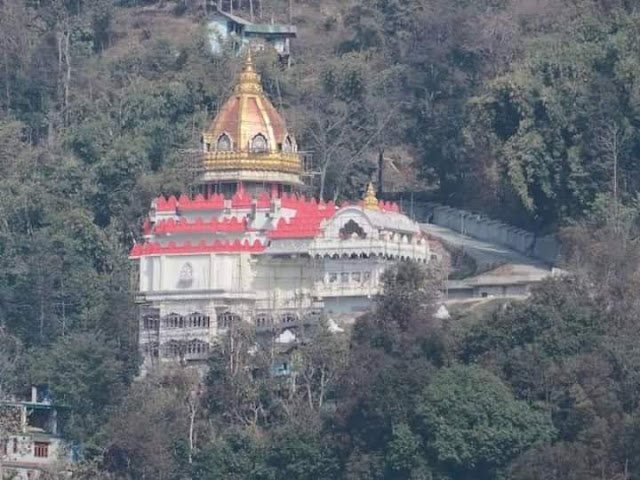 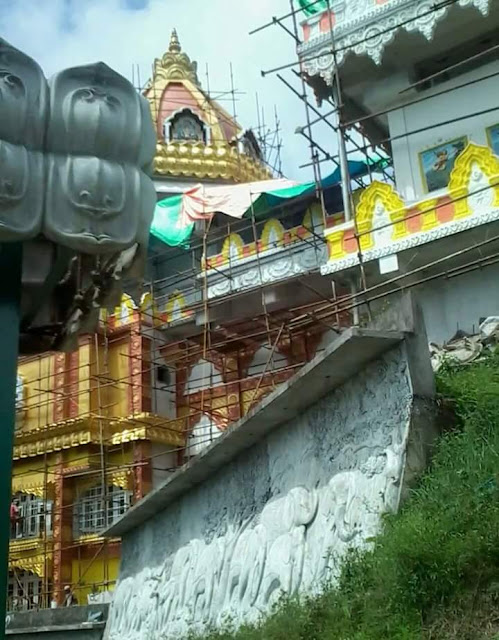