In what seems to be the first-ever case of trafficking of a minor girl from Sikkim to the Capital, a joint team of Delhi and Sikkim Police rescued a 16-year-old from Delhi’s red light area -- GB Road -- last week. The incident has alarmed activists who fear that after Assam, which sees one of the highest number of cases of trafficking of minor girls, Sikkim could be the latest addition to the Delhi-based trafficking rackets spreading their tentacles in the North-East. ‘First-ever case’ Karma Gyamcso, an Assistant Superintendent of Police, Sikkim, who was a part of the raiding team, said the girl was allegedly abducted in June on the pretext of providing a job and forced into prostitution. He said this was the first-ever reported case of a girl trafficked from Sikkim being traced to Delhi.
The raid was carried out on August 9 and a woman brothel owner was arrested in connection with the case, said a senior Delhi Police officer who monitored the operation. The rescue operation was carried out by a joint team of Kamla Market Police Station in Central Delhi, Sikkim's East District Police and representatives of NGO Shakti Vahini. Joint operation “When she (the minor girl) was initially brought here, she was kept in a house in Majnu Ka Tila. For days she kept asking those who brought her here about the job they had promised, but did not get any satisfactory answer. She was then brought to a brothel at GB Road where she was forced to establish physical relations with clients,” said Rishi Kant from Shakti Vahini. Mr. Kant said that after the girl’s father died, her mother married someone else and started living with her second husband. “She was left alone in the house. It was then that she met a fellow villager and his sister who promised her a job in Delhi. Trusting them she moved here, but realised that she had been cheated,” said Mr. Kant.
Worrying trend He said that unlike Assam, Bihar and West Bengal where trafficking of minors was a more common occurrence due to abject poverty, Sikkim has not seen such incidents. The latest development, said Mr. Kant, was alarming and could be indicative of a worrying trend. “Sikkim has done well as far as the development indices are concerned and hence trafficking of minor girls is relatively unheard of. But this one incident suggests that there could be more girls being trafficked here from that particular State and we are keeping an eye. Swift coordination between the State Police forces like in this case would help prevent such crimes,” said Mr. Kant (via Uttam Ramola) 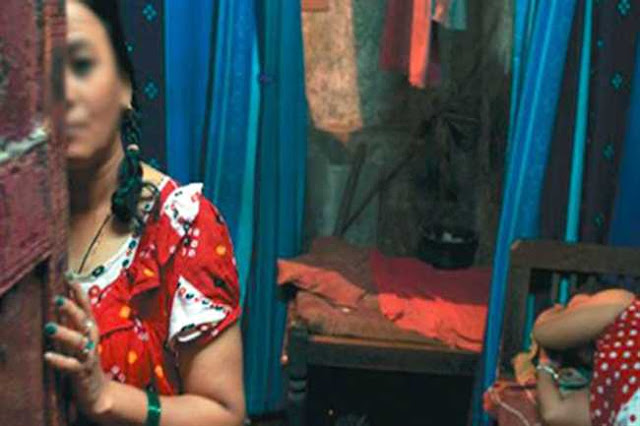