Bengal now has another district, Kalimpong, its 21st. Chief minister Mamata Banerjee on Thursday declared Kalimpong in the Darjeeling hills as the 21st district of the state. Until now, Kalimpong used to be a sub-division under the Darjeeling district. Mamata, who is on a 3-day tour to north Bengal made the announcement while addressing the locals at the Lepcha Board Foundation Day Programme in Kalimpong. At the function, the Bengal chief minister promised to allot Rs 6 crore for the construction of proper infrastructure of the newly declared district. "Kalimpong will become a new district. We have allotted Rs 6 crore for building infrastructure here," the chief minister said on Thursday adding that tourism must flourish in the hills.
Addressing the people of the hills, Mamata said, "I want to work for the development of Darjeeling Hills. I am proud of the young generation here. If the hills do not progress, Bengal cannot progress." In December last year Mamata had announced that Kalimpong will be turned into a new district for ease of administration. However, many see it as a way to snub the Gorkha Janmukti Morcha (GJM) which has been leading a campaign demanding separate Gorkhaland state. Mamata's announcement comes as a victory for the newly formed Jan Andolan Party (JAP) whose leader Harka Bahadur Chhetri have been lobbying hard to make Kalimpong a separate district after quitting the Gorkha Janmukti Morcha in September. (TOI) 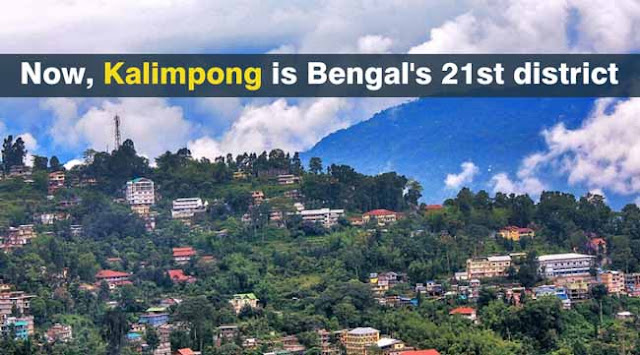