- September 22, 2016
At least 20 terrorists have been neutralised in a daring cross-LoC operation by the Indian Army in response to the Uri attack.
Two units of the elite 2 Paras comprising 18-20 soldiers flew across the LoC in the Uri sector in military helicopters and carried out an operation that killed at least 20 suspected terrorists across three terror camps in Pakistan Occupied Kashmir (PoK).
Total casualties, including those injured, could be as high as 200, sources said. Military sources revealed to The Quint, which confirmed this information from two other independent sources, that the operation happened during the intervening hours of 20 September and 21 September.
Indications that the Indian Special Forces struck across LoC came in the form of Pakistan declaring a no-fly zone over PoK on 20 September night.
Pakistan’s national flag carrier, Pakistan International Airlines (PIA), had cancelled flights to northern Pakistani cities, including to Gilgit and Skardu in PoK, due to “airspace restrictions”.
PIA called off flights to Gilgit and Skardu in Gilgit-Baltistan region in PoK and Chitral in Khyber-Pakhtunkhwa province. PIA spokesperson Danyal Gilani had tweeted this information late Tuesday evening.
Pakistan Prime Minister Nawaz Sharif held a telephonic conversation with the country’s powerful Army Chief General Raheel Sharif on Tuesday night ahead of his speech at the UN in which he raised the Kashmir issue. It is understood that they are likely to have discussed this cross-border raid as well.
Speaking at an event earlier on Wednesday, Defence Minister Manohar Parrikar said the Uri attack may need a “knee-jerk” reaction. “Won’t go into details of what India can do, but sometimes knee-jerk reaction is required,” he said.
Hours after the attack on Sunday morning by four terrorists that killed 18 Indian soldiers, Prime Minister Narendra Modi had tweeted that those behind the act “would not go unpunished”.
India has blamed the Pakistan-based Jaish-e-Mohammed terrorist outfit for the attack in Uri. A statement issued by the Ministry of External Affairs listed the items recovered from the terrorists, including GPS tracker with coordinates that indicate the point and time of infiltration across the LoC and the subsequent route to the terror attack site; grenades with Pakistani markings; communication matrix sheets; communication equipment; and other items made in Pakistan, including food, medicines and clothes. 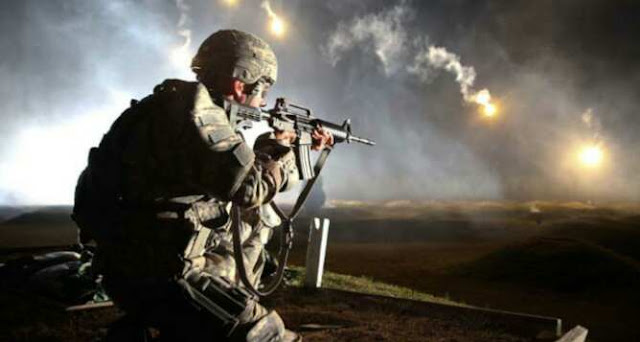