Project ‘Run with Roshni’ is started by a Gorkha Girl from a village known as Pedong in the sub-division of Kalimpong, Dist, Darjeeling. Roshni is an Advocate, Ultramarathon Runners, Author and a Motivational speaker.

From 2012, Roshni has started a project by name ‘Run with Roshni’, which is now a registered Charity Trust as ‘Run with Roshni Foundation’ (RWRF). Till now, RWRF has supported more than 30 runners from Darjeeling to run fourteen different Marathons all across India.

VISION of the project ‘Run with Roshni’ are;

• To empower and enlighten Gorkhas in India.
• To eliminate the identity crisis faced by Nepali speaking Indian in their own motherland.
• Bringing awareness among Indians, how the Nepali speaking people are Indians.
• To bring awareness all over India that Nepali is a recognized language under the Constitution of India and it is one of the languages mentioned in the Indian currency.
• To bring awareness among Indians that some part of Nepal spreading from Dehradun to Assam, including Darjeeling and Sikkim were annexed to India by British vide Treaty of Sugauli in 1816. So that Indians understand that all the Nepali speaking people are not migrants from Nepal but they became part of India along with their land.

SLOGAN in the tshirt of team Run with Roshni is- We are Gorkhas and proud to be Indian. Jai Gorkha, Jai Hind.

Through competition among the experienced runners of the team, Uttam Bhujel & Ramesh Tamang from Run with Roshni are selected to run Satara Hill Marathon on 18th Sept, 2016.
They will reach Mumbai on 16th Sept. On 17th Sept, they will go to Satara with Roshni .Their Entire trip to run Satara Hill Marathon is sponsored by Mr. Prakash Wani, ACP Mumbai Police. We all are very grateful to Wani Sir for his support.

SATARA HILL HALF MARATHON is India's First Hill Station Half Marathon with International Standards, being a member of the prestigious AIMS [International Association of Marathons and Distance Races, having a course certified by the AIMS and the IAAF.

Route of Satara marathon is blended with nature amidst the well crafted turning roads climbing towards the beautiful 'Kaas Plateau' full of Yellow Kaas flowers, small waterfalls flowing along the route, with a breathtaking view of the Mountains of Maharashtra and its rivers and a run through the clouds at 1100 Meters above sea level.

We are very hopefull that Uttam Bhujel & Ramesh Tamang will do very good in this marathon. 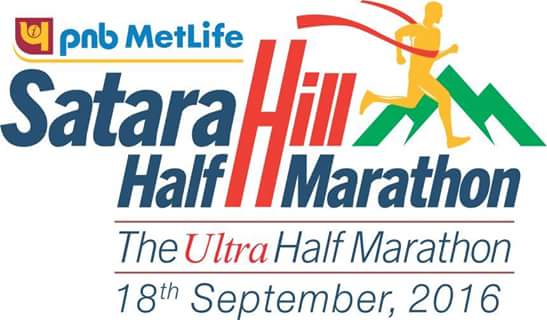