- September 22, 2016
God save our beloved hills, for what happened to two girls yesterday, could have happened to any of us. What is shocking in this particular incident is not that a 20 year old female was molested in moving vehicle, but the indifference shown by other passengers towards her plight.
Here is what happened, in the words of Padma who was the victim.
“I along with my sister Jyoti were travelling from Siliguri to Sukhia Pokhri. We left at around 3pm from Siliguri by passenger vehicle number WB 76 2142
At around 5:30pm I felt something unusual on my left thigh and checked it. I thought it were my jacket's sleeves. But when I checked, someone withdrew his hand immediately. I had a doubt that the man sitting behind me (in the third seat) was trying to do something.
I ignored it thinking it might have been a mistake. But then after five minutes or so, I felt the same thing. I immediately reacted to it and caught him red handed.
I scolded him and shouted at him while the vehicle was still moving but he denied doing anything. One of the passengers asked him to say sorry and he did so but in a very disrespectful way as if he were doing me a favor.
There were about 9 people in the car including the driver and the car's owner.
No one responded to it
I had so much expectations and hope, that at least one of them would ask me what had happened. But it’s really sad to say that my expectations were not met, as no one bothered to ask me anything.
So I made up my mind that I will make the pervert known, how humiliated I had felt once I reached home, since my house is at roadside.
So once I reached home, I got out immediately from the vehicle and went home and called my brother. I had told my sister to intentionally take some time so that the man and the vehicle could not escape.
I burst into tears once I saw my brother and narrated my ordeal, my brother and uncle tried taking that man out from the vehicle but the driver started the vehicle and tried to escape.
Thankfully… in no less than two minutes... there were like fifty people from my neighborhood gathered and they did not let the vehicle escape. Since the driver had tried to flee with the pervert, people from my village got angry, and they surrounded the vehicle. In the milieu, the driver and the vehicle's owner escaped after getting some beatings from people. But they were later caught by my family members at bazaar and were taken to Sukhia Pokhri Police Station.
The public also assaulted the pervert, but I was afraid he would die, so I asked everyone to stop and to take him to the police station instead.
I was happy to witness the immense support from the locals here. Plus the cops were very attentive and helpful.
The main reason I wanted you to share about this incident is that I was travelling in my place, with my own people.
But it just so disheartening to see how people have changed.
Instead of helping me when needed, the other passengers later told me, “you should have asked the vehicle to stop”… This surprised me no ends, as I had shouted out "Body ma haat lagawdaicha" for everyone to hear... aren't those four words enough to get any individual's attention???
What irked me the most is the fact that earlier there was a fight going on while we were on our way, and the vehicle stopped to witness that fight. While someone travelling along with them is accusing the other of sexual harassment, and they don’t have the time, interest or will to stop.
Let me also mention that later the four people at the back, two of whom were from Hindudara near Maneybhanjyang including the accused, were rather blaming me and saying "aajkal ko jamana saro cha"…
I wondered if "body ma haat lagawnu dinu parthyo mailey?"
To make their "jamana" easy??
I stayed at Kolkata for three years and never did I face such kind of incident, and it’s happening in my own place.
I am sure this kind of incident happens with other girls too. But for many reasons, including victim shaming, they are unable to take action like I did.
There were a couple sitting next to us and the husband was an army man. Even the men at the back were retired servicemen. I told them never had I seen such coward men and selfish people in my life. And you call yourselves "army people"?”
Passenger vehicles should not be concerned only about taxi fare or getting home early or having a full packed vehicle. It should be a reminder to passenger vehicles that the passengers like us are their responsibility. And fellow travelers should also speak out when the modesty of a girl is being outraged in their midst."
Police have arrested the alleged perpetrator Mohammad Alijan, originally from Dighari, Katihar in Bihar who works at a tailoring shop in Sukhia Pokhari.
[File pic for representative purpose only]
DC 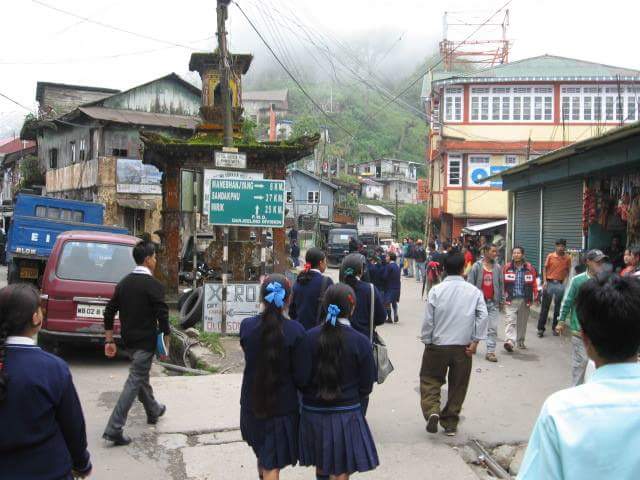