Digital Ration Card Scam in Siliguri
Forms being sold at a Xerox Shop at Iskcon Mandir Road for Rs 20/- just opposite to Municipality office. Sources say this is also been done in other wards too.

When one of the local residents visited the Municipality office at Iskcon Mandir Road it's alleged that the official said him that forms are not distributed here, but he can avail the same from the Xerox Shop outside by paying an amount.

Please Note:
Digital Ration Card forms distribution has been stopped some days back and the same will be distributed at all wards after Durga pujas (as info received).

If anyone gets the form also via other sources he will not be able to submit the same now. 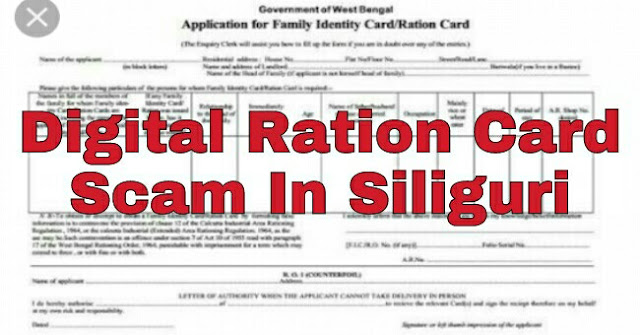