Two diesel locomotives from the Neral-Matheran Hill Railway in Maharashtra have been transferred to the Darjeeling Himalayan Railway which will use them to overcome the disruption of services during the repair of the existing engines. M.D. Bhutia, the DHR director, said the locomotives had arrived at the narrow gauge shed in Siliguri Junction today and they would be put into service after an inspection and trial runs. "Two diesel locomotives have arrived at the DHR from the Neral-Matheran Railway in Maharashtra. We are planning to inspect both the locomotives and conduct trial runs before putting them into regular service in the DHR. The engines, NDM600 and NDM603, are currently at the Siliguri Junction. If required, necessary maintenance and repair will be carried out on them," Bhutia said.
The Neral-Matheran Railway that started in 1907 comprises 2ft narrow gauge track (same as that of the DHR) covering a distance of 21km between Neral and Matheran on the Western Ghats. Unlike the DHR, the Maharashtra hill railway is not a Unesco world heritage property. "Services have been suspended at the Matheran railways since May following frequent derailments. As two locos were lying unused at Matheran, the authorities there agreed to transfer them to the DHR. These locos are in working conditions but they may undergo some technical changes to make them suitable for use in the DHR. Their colour will also be changed from green to blue," said Narendra Mohan, the area officer of the DHR.
Bhutia said the extra locomotives would help them overcome the disruption in diesel-run services. "Diesel locos are used for both joyrides and long-distance passenger train services. However, in the past, whenever a diesel loco had to be sent for repairs, we had no other option but to stop certain diesel-run services because of shortage of locos. Now we will not face that problem. In future, we may also introduce more diesel-run train services in the DHR," said Bhutia. With the addition of the two diesel locos, the DHR has six diesel engines now. There are also 13 steam locomotives at the heritage railway. (Telegraph) 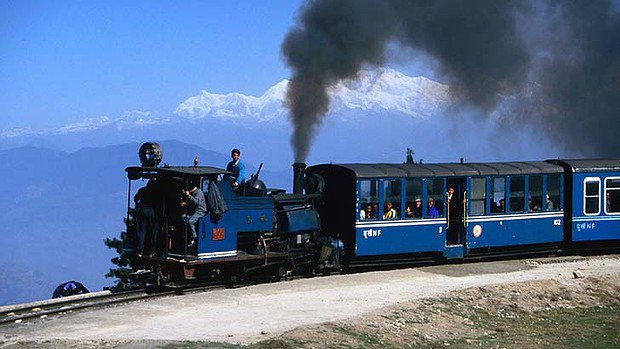