- September 07, 2016
Eight years after the Tatas moved the Nano project out of Bengal and seven days after the Supreme Court cancelled the Singur land acquisition and ordered return of 997 acres to farmers, chief minister Mamata Banerjee, who had led the Singur battle from the front, buried the past and made a fervent appeal to automakers - BMW and Tatas - to come and invest in her state.
"Come to Bengal and set up an auto hub. BMW representatives are here, I am requesting you to invest in Bengal. Land won't be a problem. There is a lot of opportunity in the transport sector. Bengal with its 90.1 million people offers a market as well. You can set up a plant here along with ancillaries. We will provide you land from the land bank. Tata representatives have come with us. I request the Tatas to invest in Bengal," the CM said, addressing delegates from at least 160 German companies in Munich on Wednesday.
The CM's appeal didn't go unheard. The two Tata Group representatives who are part of her team to Germany - Tata Steel MD T V Narendran and Tata Metaliks MD Sanjiv Paul - gave glowing feedback on the state during the `Bengal in Deutschland' interactions. While Mamata's team is yet to get a firm commitment from German industry representatives, state officials feel the three-hour interaction between the Bengal team led by finance minister Amit Mitra and BMW officials on Tuesday has given a boost to the state's pro-industry image.
Showcasing her state as the gateway to the East, the the gateway to the East, the CM told German industrialists, "Coming to Bengal gives investors the locational advantage of exploring markets in Bangladesh, Nepal, Bhutan, Myanmar and Thailand. Unlike other states, Bengal has enough power for industry. It has skilled manpower and intellectual support at cheap rates. We have also upgraded our infrastructure and are ready to provide logistic support to industry. Two new ports and the airport at Andal are coming up. Few more are in the pipeline."
She also invited German industry members to the Bengal Global Business Summit in January.
While the CM touched upon the areas of investment, her officials carried detailed notes to satisfy queries from German industrialists.
The positive discussion in Germany and the CM's appeal to the Tatas has kindled hopes among a section of Singur farmers. Many among them are waiting for the CM to give some positive news on land left unused for the past 10 years. "We have faith that the CM will make a fresh start," said Sambhunath Koley, a farmer from Singur. 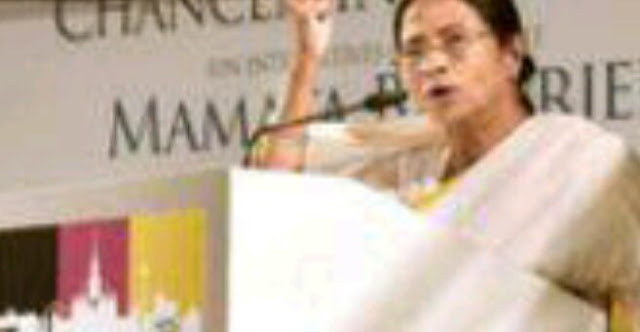