The West Bengal government on Monday issued a notification declaring that no leave would be granted to employees posted in the GTA area from September 27 to 29 in view of the bandh called by the Morcha on September 28.

According to senior Nabanna officials, the notice gives a hint that the chief minister is set to take the Morcha head on during the bandh.

Later this evening, principal secretary of the state transport department, Alapan Bandyopadhayay, issued another notification declaring that "wilful non-plying of public service vehicles" might lead to cancellation of permits and licences.

The notification also states that the government will take steps to ensure that traffic is normal on September 28. If damage is caused to any vehicle "by unruly and violent agitators", the state will compensate through insurance, it states.

In August 2013, the Morcha had called a prolonged bandh in the hills demanding Gorkhaland and the government had issued a notification that said salary of the employees would be deducted if they did not attend offices during the shutdown.

But this time, the picture is different as Mamata appears to be tough while dealing with the bandh call. 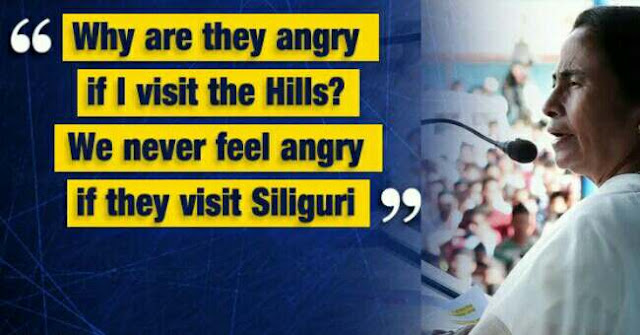 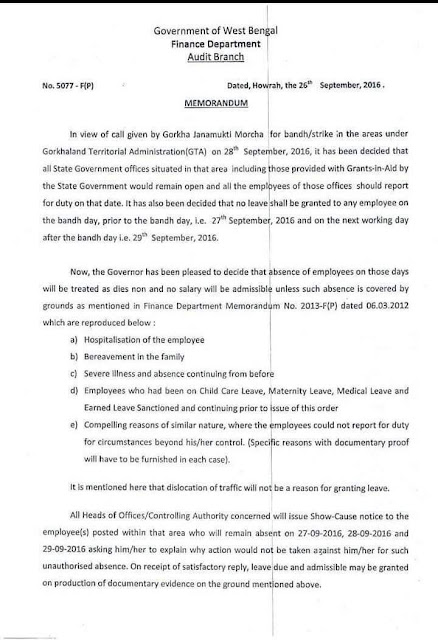 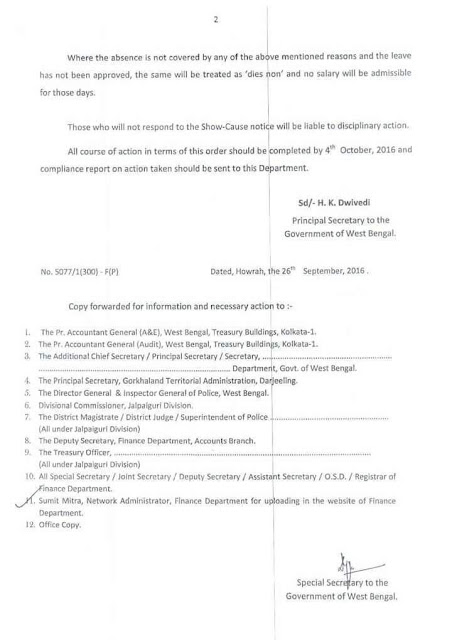