Bengal Chief Minister Mamata Banerjee will arrive in Siliguri on Wednesday, the start of a three-day trip to Kalimpong and Siliguri.

Srivastava, while elaborating on tomorrow's cycle distribution event, said 18,546 cycles would be handed over to students of state government-aided schools who have been promoted to Class X this year.

"As of now, we have received around 10,000 cycles for such students from the Siliguri Municipal Corporation area, Phansidewa and Naxalbari blocks. The chief minister will initiate the distribution tomorrow and will hand over the cycles to students of three schools," he said.

"For the remaining beneficiaries, cycles would be sent to the respective schools from September 27 and onwards."

Meanwhile, none of the hill students have been given any cycle or an alternative facility. 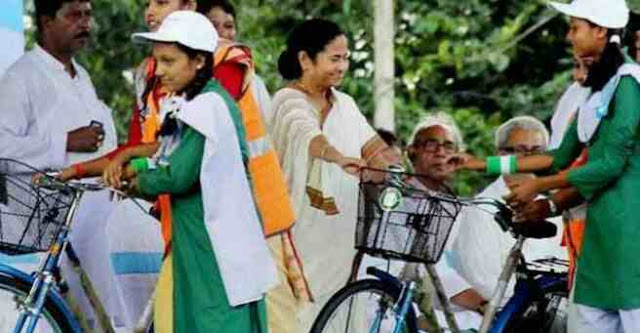