In a rerun of the shocking Odisha incident in which a man was forced to carry the body of his wife on his shoulders for 10-km when the administration failed to provide him an ambulance, two youths from Madhya Pradesh were forced to carry their mother’s body on motorcycle for 12 km after failig to get an ambulance.

According to reports, the incident took place in the Ulat village of Madhya Pradesh on Tuesday.

The sons of 70-year-old Parvata Bai had called up the Ambulance services to take their mother to the nearby hospital after her condition worsened.

Her sons made several calls but the ambulance did not turn up and, in between, the old lady's health deteriorated further.

Left with no option, her sons decided to take their ailing mother on motorcycle to the nearest hospital for treatment.

However, she couldn’t survive the journey and died. When her sons realised After her that she was no more, both drove her dead body back home covering a distance of nearly 12 km. 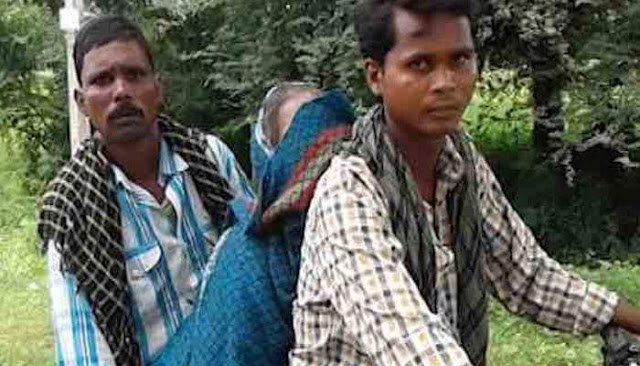