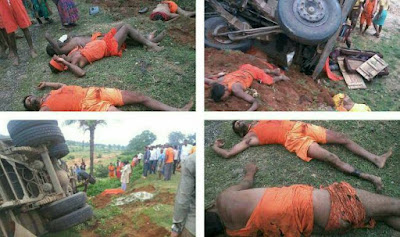 Six Babadham yatris were killed and five others seriously injured on Tuesday in a road accident in Bihar’s Jamui district, police said. The incident took place when the victims were resting along the Chakai-Jamui road. A sand laden truck lost control and hit them. More than two dozen Hindu pilgrims were taking rest in the open near the road when the truck ran over them.